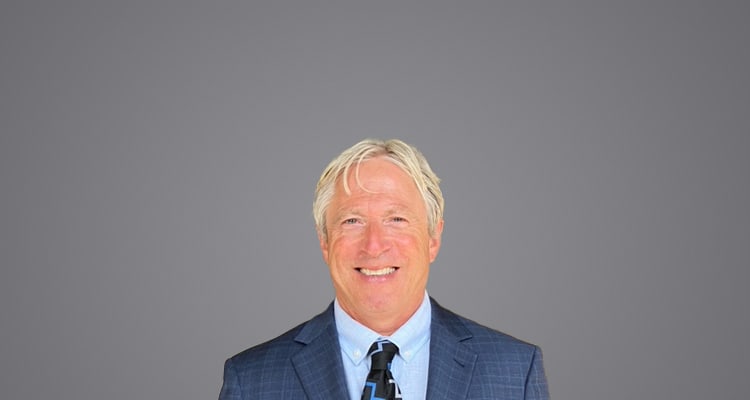 Protecting Your License
and Your Future
Request a Consultation

Recently, a woman pled guilty to aggravated vehicular homicide after a drunk driving accident, which was also a hit and run. The accident resulted in the death of a 61-year-old man she struck and left on the side of the road in Upstate New York. The woman had pled guilty to a different DWI charge 10 days before she hit and killed the 61-year-old. She was sentenced to 6-18 years in prison. If you were charged with drunk driving, you should call experienced White Plains DWI lawyer Mark A. Siesel.

The man’s son spoke out about the impact of drunk driving and accountability on the day that would have been the man’s 62nd birthday. This was one of several DWI-related sentences issued in Upstate New York. One of these sentences was of an18-year-old who received 6 months in county jail after killing a classmate while drunk driving. In another DWI-sentence, the court examined a wrong-way crash that killed two and handed down a jail sentence of at least 8 years.

The state police have reported 1/3 of all fatal crashes in New York are alcohol-related. More than 11,000 were killed in alcohol-related accidents in 2020.

END_OF_DOCUMENT_TOKEN_TO_BE_REPLACED

The holidays are always a time for peak DUI enforcement, as police take to the streets with the assumption that party goers will be driving under the influence. And, to a certain degree, the police are not wrong. The fact is, drunk driving is more common over the holidays, this is especially the case in years like this year, where Christmas Eve and New Year’s Eve fall on a Friday. However, just because you were arrested for a New York DWI does not mean that you will be found guilty. There are many defenses available in a DWI case; it’s just a matter of determining which one best fits your case.

One of the most successful defenses to a DWI case is a motion to suppress any evidence recovered as a result of an illegal stop. At almost every stage of a criminal investigation, police officers must possess some evidence that the person they are investigating committed a crime. For example, before a police officer can pull over a driver, they must have reasonable suspicion that the driver committed a crime or probable cause to believe they committed a traffic violation. In the context of a DWI, this is often some type of dangerous driving. Once a police officer pulls a driver over, however, they must respect the driver’s constitutional rights to be free from unreasonable searches and seizures. Thus, it is only if the officer develops probable cause that the driver was under the influence that they can arrest the driver for DWI. Some of the factors that police rely upon when making this determination include:

END_OF_DOCUMENT_TOKEN_TO_BE_REPLACED

Recently, a New York court denied a defendant’s motion to suppress incriminating statements he made after leaving the scene of an accident. After the defendant was convicted of the unlicensed operation of a motor vehicle, he filed an appeal, arguing that the court failed to suppress several statements he made in response to an officer’s questions. The court denied the defendant’s motion, determining his freedom was not sufficiently restricted to find that he was subject to custodial interrogation.

According to the court’s opinion, a hit and run took place between a van and a car in which the van drove off immediately following the accident. As the van was driving away, its license plate fell onto the ground, and a county sheriff picked it up to investigate. After identifying the van’s registered owner, another officer from the sheriff’s office decided to visit the owner at his nearby farm. During the visit, the van owner admitted to the officer that the van had been stolen. This admission, along with other incriminating statements, ended up being used against the van owner in court.

END_OF_DOCUMENT_TOKEN_TO_BE_REPLACED

In a recent opinion from a New York court, the defendant’s request for the court to suppress his incriminating statements was denied. The defendant was charged with aggravated unlicensed operation of a motor vehicle in the second degree, driving while intoxicated, operation with a suspended registration, and consumption of an alcoholic beverage in a motor vehicle. On appeal, the defendant argued that his incriminating statements made to the officer at the scene should be suppressed because he made the statements involuntarily. The court disagreed, denying the defendant’s appeal.

Facts of the Case

During the trial, the officer who conducted the field sobriety tests testified that he had received training at the police academy on how to recognize evidence of intoxication. Based on the officer’s training, he had reason to believe the defendant was driving under the influence of alcohol. The defendant had a “jerky pursuit”, swayed while trying to maintain balance, refused a breathalyzer, and smelled of alcohol. After the arrest, the officer found one bottle of vodka in the car.

END_OF_DOCUMENT_TOKEN_TO_BE_REPLACED

The campaign used a range of measures to stop drunk or reckless holiday driving. These measures included sobriety checkpoints, along with ticketing of distracted drivers and reckless driving. During the campaign, 648 crashes were investigated. In the course of these crashes, there were 2 deaths and 122 injured accident victims. State troopers arrested 195 drivers for driving while intoxicated. They arrested 3955 drivers for speeding violations and 202 drivers for distracted driving violations, such as looking at a phone while driving. There were 671 violations involving failure to wear a seatbelt. For comparison, 8214 tickets were issued in the 2020 Fourth of July holiday enforcement campaign with 180 arrests for DWI.

Types of traffic arrests over the holiday weekend can also be broken down by different troops in the Hudson Valley. For example, there were 1319 traffic tickets issued by Troop F. The same troop had 17 DWI violations and 425 speeding violations.

END_OF_DOCUMENT_TOKEN_TO_BE_REPLACED

The defendant filed a pretrial motion to suppress evidence, and the lower court denied the motion after finding that the officer had probable cause to stop the car since the defendant was driving 70 mph, and also told the officers that he had two beers and appeared to have slurred speech. During the trial, the defendant contested for the first time the voluntariness of his consent to the breath test and moved to suppress the results of the test. The defendant was convicted of operating a motor vehicle under the influence of alcohol. The defendant appealed and argued that it was an error to deny his motion he made mid-trial to suppress the breath test results.

Under New York Law, a defendant may move to suppress the results of a breathalyzer by filing a motion within forty-five days after arraignment and before the trial starts. Also, the court must evaluate any pretrial motions filed outside of this 45-day time limit to determine whether the defendant could not reasonably have raised the issue within the time period. The appellate court explains that the defendant was aware of the facts surrounding the breath test but chose not to file the motion, even during a hearing where the trial court asked the defense counsel whether the defendant wanted to raise any suppression claims regarding the breath test. Additionally, the consent issue was to be determined by the court before trial and was not an issue that the defendant was entitled to litigate during the trial without previously making a motion to suppress. Thus, the appellate court denied the defendant’s appeal on the motion to suppress and affirmed the defendant’s conviction. This case highlights the importance of having an experienced criminal defense attorney who can help you navigate complicated New York laws to best  protect your rights at every stage of the process.

END_OF_DOCUMENT_TOKEN_TO_BE_REPLACED

Earlier this month, a state appellate court issued an opinion in a New York DWI case involving a defendant who was sentenced to six months in jail after he failed to complete the terms of a plea agreement. The case is an example not only of the alternate resolutions that may be available for those facing DWI charges, but also the importance of meeting all conditions of the agreement.

END_OF_DOCUMENT_TOKEN_TO_BE_REPLACED

This summer, a driver who was traveling at three times the legal limit was pulled over during a holiday weekend on I-287 in Harrison, New York. Although he was pulled over because of a traffic violation, the police quickly figured out he was intoxicated. After wholly failing field sobriety tests, he was required to take a chemical test at the precinct. Once the police brought him into custody, he was tested. His blood alcohol content was 0.27%. Prosecutors charged him with aggravated driving while intoxicated (DWI).

Blood alcohol content (BAC) of 0.27% is exceptionally high — more than three times the legal limit. While prosecutors can charge you for being over the legal limit if you operate a motor vehicle with a BAC of .08 or higher, you can be charged with aggravated DWI if you drive with a BAC of 0.18% or higher. In this case, the chemical test showed the driver had a far higher blood alcohol content than the minimum used to charge aggravated DWI.

You should be aware that the penalties for aggravated DWI are harsh. If you are convicted of aggravated DWI, you could be jailed for one year and fined $1000-$2500. But jail time and fines aren’t the only potential consequences. Your driver’s license could be revoked for at least one year. You will be ordered to participate in a MADD victim impact panel. Additionally, the court will order substance abuse treatment through, among others, Treatment Alternatives for Safer Communities (TASC), a state-run agency. Initially, TASC will ask questions to determine your treatment needs in connection with drug and alcohol use. You will then be referred to a program to be provided treatment.

END_OF_DOCUMENT_TOKEN_TO_BE_REPLACED

Recently, a state appellate court issued an opinion in a New York DUI case requiring the court to assess the lower court’s decision to grant the defendant’s motion to suppress. In a pre-trial motion, the court suppressed evidence obtained by the arresting officer, finding that the officer lacked justification to stop the defendant. However, on appeal, that ruling was reversed.

According to the court’s opinion, a police officer received a call reporting that the driver of a white Nissan was smoking marijuana while driving. The caller provided the license plate of the vehicle as well as its direction of travel. Oddly enough, the officer who received the call was actually driving right behind the white Nissan. The officer observed as the car’s wheels traveled over the curb and momentarily onto the sidewalk as it made a right turn.

The officer pulled over the defendant, who was driving the Nissan. Upon the officer’s approach, she noticed the smell of marijuana coming from inside the vehicle. The defendant was arrested for driving while intoxicated.

END_OF_DOCUMENT_TOKEN_TO_BE_REPLACED

Search This Blog
Our Other Blogs
Recent Entries